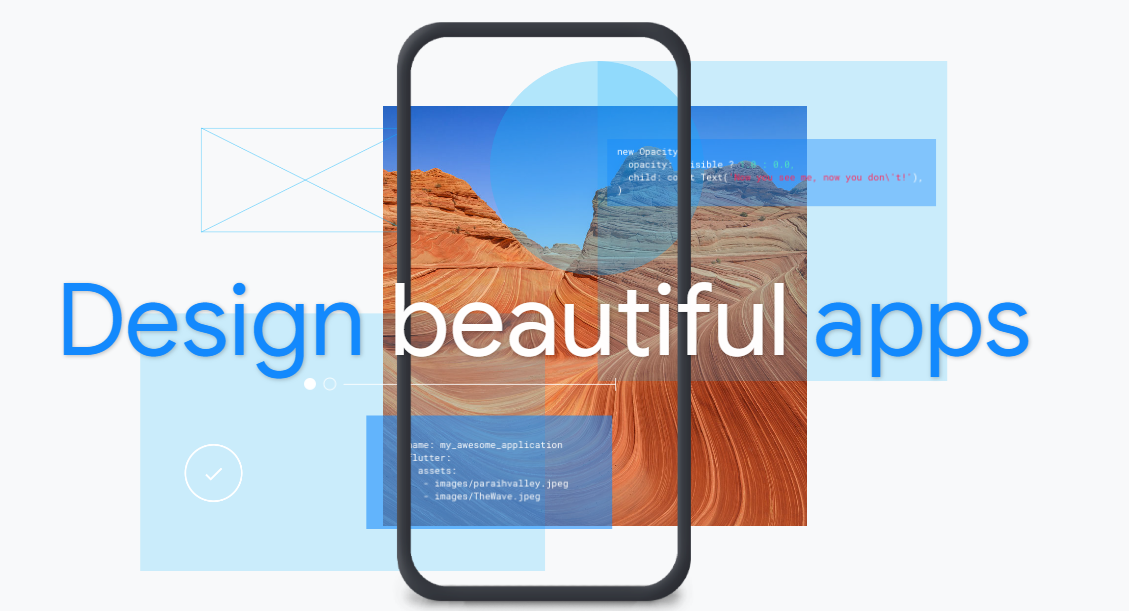 Flutter is one of the newest and youngest players in the world of cross-platform technologies. Created by Google itself – Flutter is an open source technology solution that enables developers to create amazing mobile applications quickly.

React Native is an open-source application framework, which has been created by Facebook. It has become popular over the last couple of years due to its ease of use. Compared to PhoneGap that shows the User Interface as HTM website, React Native allows developers to code their own elements of the app according to the requirements. Moreover, the framework also lets developers write code in JavaScript.

As a rival of these framework, Google has introduced Flutter in the cross-platform industry. It is a great news for developers as more and more sophisticated and easy frameworks are being introduced. The official website of Flutter encourages developers to use the framework as it will them in building beautiful and responsive applications.

“The latest version of Flutter, Flutter 1.7 is live now. Flutter is Google’s UI toolkit for building beautiful, natively compiled applications for mobile, web, and desktop from a single codebase. “

The code of Flutter is written in Dart, which is a programming language developed by Google previously. The program in Flutter works on a single thread. Async/await model is used for timed operations that does not move any task outside of the thread rather it suspends the task for a while. This feature saves developers from switching between different threads and also helps in avoiding errors.

Flutter also uses declarative UI building feature. While Android uses imperative style by default – to use Flutter, developers have to first define the interface look depending on the state. None of the Widget elements are mutable on Flutter, which means if you want to modify an element – you’d first need to make the widget again.

When it comes to UI building, it is evident that Flutter is heavily influenced by React Native. Developers who are already working on React will most likely be using Redux for efficient management of the applications’ internal states. The documentation of Flutter refers to a number of examples that have been created by the community. The examples are also a good starting point for developers who are yet to create an application on Flutter. The extensive documentation that comes with Flutter, and the support by Google is no doubt great.

Although Flutter is a good tool but it comes with its own limitations. The first issue is that it does not have a component that can communicate with the local database. While plugins are available, whenever data needs to be saved in a relational database, an external tool is required to do so. But with time as more developers work on this open-source platform, it is expected that the issues will be resolved and the platform will become easier and smoother for developing great apps for cross-platforms.